It’s been too many years since I stopped by Sungloss, my old workplace, where I have fond memories of working with customers helping to clean, polish, and seal their valuable natural stone. It seems I have marble in my veins (pun intended!) because on a recent trip to Italy, I felt the need to share my passion about the fascinating marble I encountered. It’s a pleasant treat Mike and the Sungloss gang graciously let me write a guest blog update for Sungloss.com! 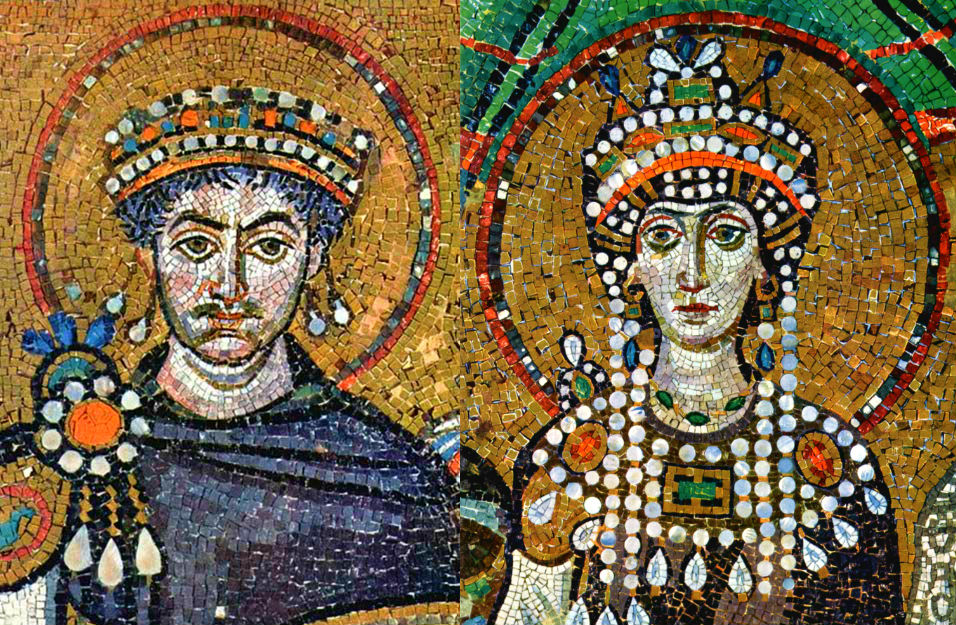 The portraits of byzantine emperor Justinian and his mistress wife Theodora adorn the walls in gold, marble and glass mosaic in the Basilica of San Vitale in Ravenna

Ravenna is a historic northern Italian city with Roman roots. The Roman empire was relocated to Ravenna in 402 AD until 476 AD and then the Byzantine empire took over in 540 AD. There were two competing sects of early Christianity, both with royal money pumping in to build glorious basilicas and baptistries. There are eight (!) UNESCO sites in Ravenna, and the reason why can be summed up with one word: mosaics. Before neighboring Venice made a splash with their glasswork, Ravenna artists were cracking marble and glass tiles into little pieces, and even adding gold leaf to create some of the most beautiful mosaics in the world.

​Imagine being charged with the task of cleaning those walls and floors!  But you would be surprised, the techniques for cleaning marble and tile hasn’t changed much in 1500 years, in fact Sungloss Marble Company uses the same baby-safe soaps and soft pads to clean the sensitive stone in your home as Italian caretakers use on these mosaic treasures. 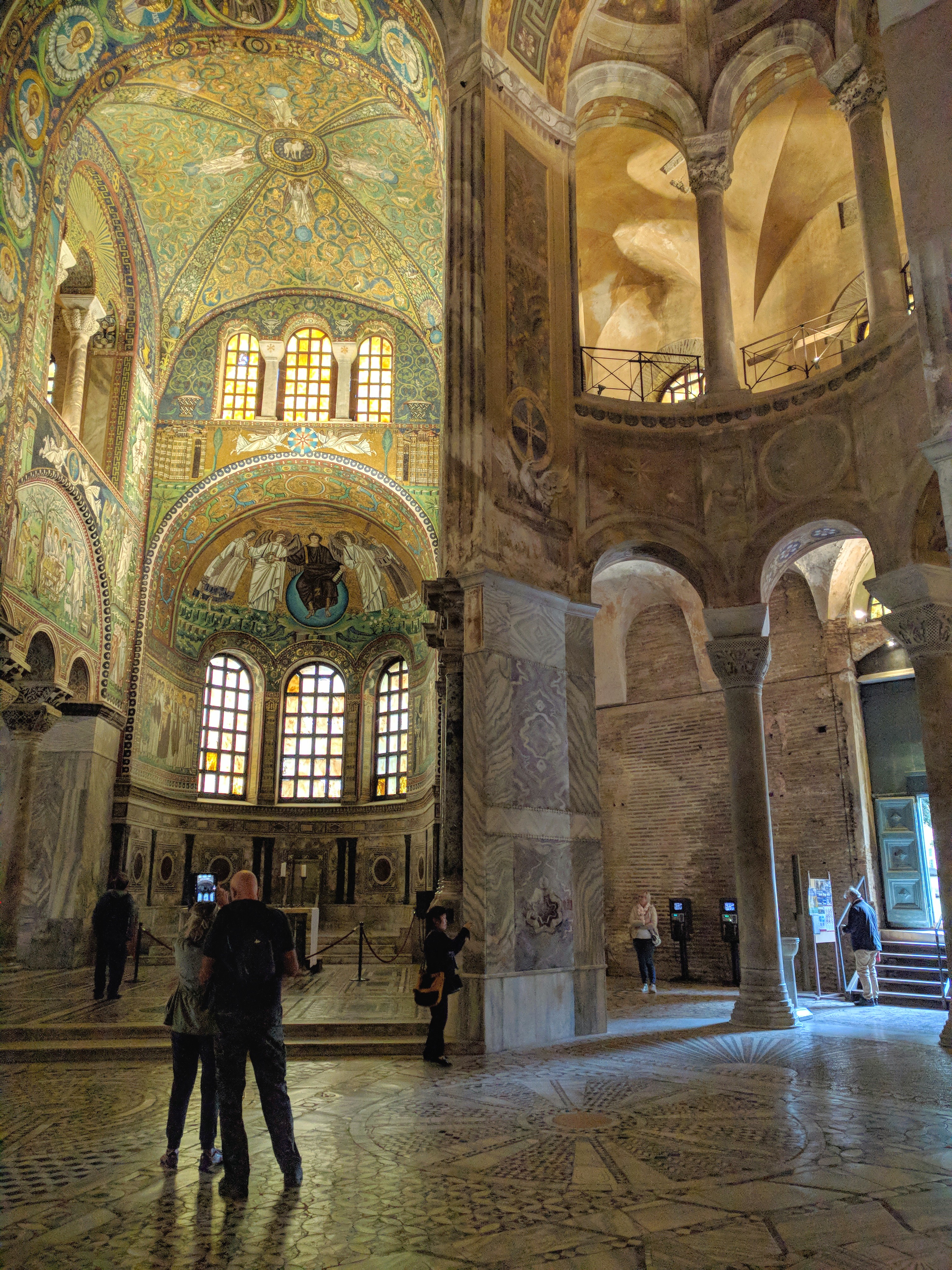 The Basilica of San Vitale in Ravenna  is a glorious UNESCO world heritage site which showcases colorful gold, glass and stone mosaics as well as stone clad walls and mosaic floors.

Mosaics and their history are treated so highly that Ravenna opened a mosaic museum, and one of the exhibits on display was a fascinating archeological dig into the foundation of an “average” Roman house circa 100 AD. They found striking clear evidence of a marble tile floor with an earthenware and concrete subfloor. The Romans were budding environmentalists it seems, because they recycled clay amphoras by breaking them into shards and using them to reinforce the concrete subfloor constructions! This is something familiar to any homeowner who has had a marble, limestone, or any stone tile floor laid. The subfloor is pretty important! When tiles shift and crack over time due to any number of natural or unexpected issues, Sungloss is usually able to repair or grind out damage. 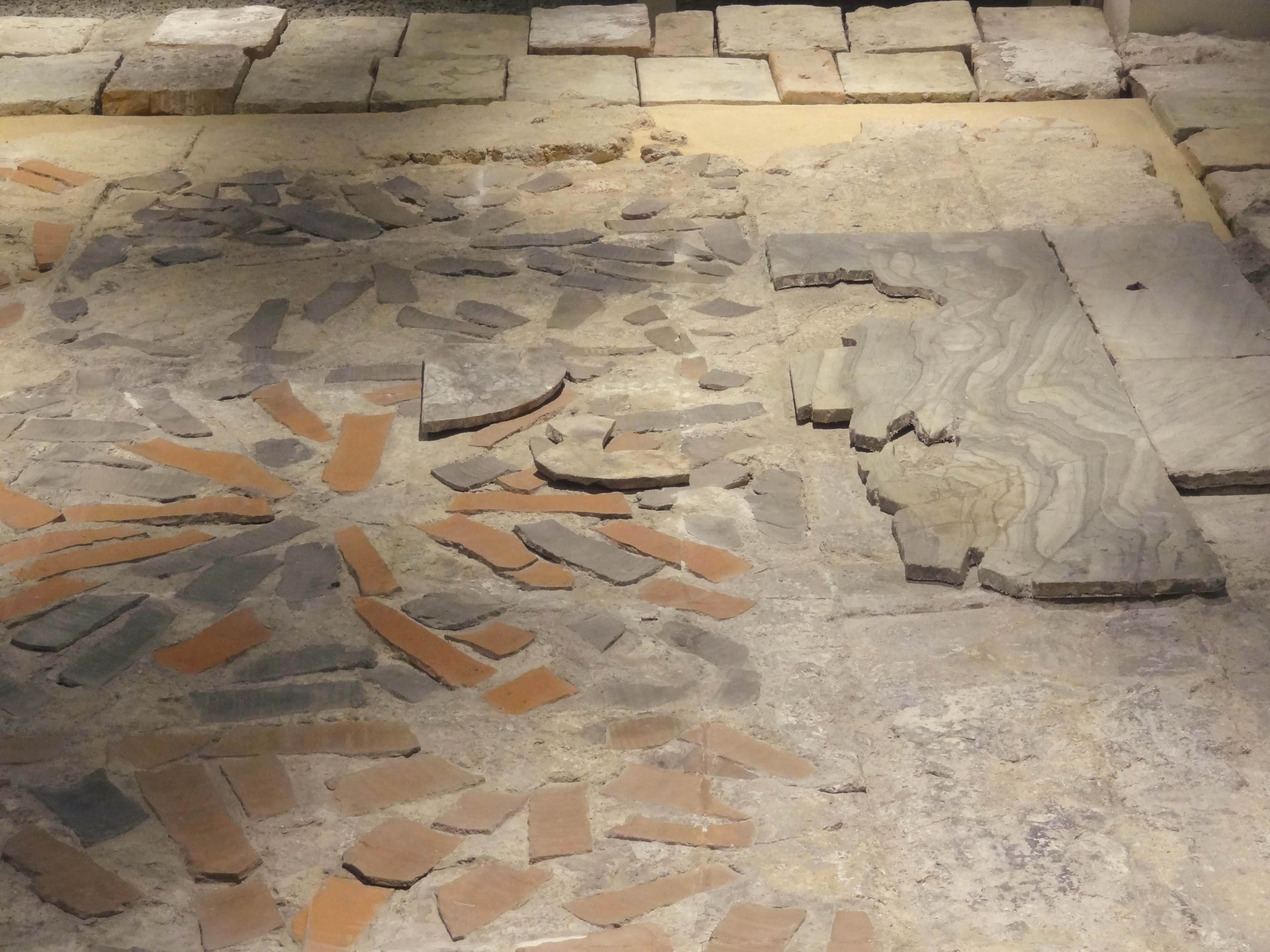 Evidence of Roman Marble tile flooring from 100 AD with concrete and clay subflooring.

Verona is another gem of a city in northern Italy with plenty of Roman and medieval history, but in the world of stone, they are most known for red Verona Marble—even some of the streets and sidewalks are paved in the local marble! I wonder what the maintenance is on those red Verona Marble streets! Well, technically the familiar gorgeous red color stone is actually limestone, but everyone calls it marble.

By the way, it takes experience to know the differences between natural stone, and what each stone’s characteristics are, so as best to refurbish and seal it. I learned a lot about different kinds of stone while I was a sales associate with Sungloss, and they know their stuff. 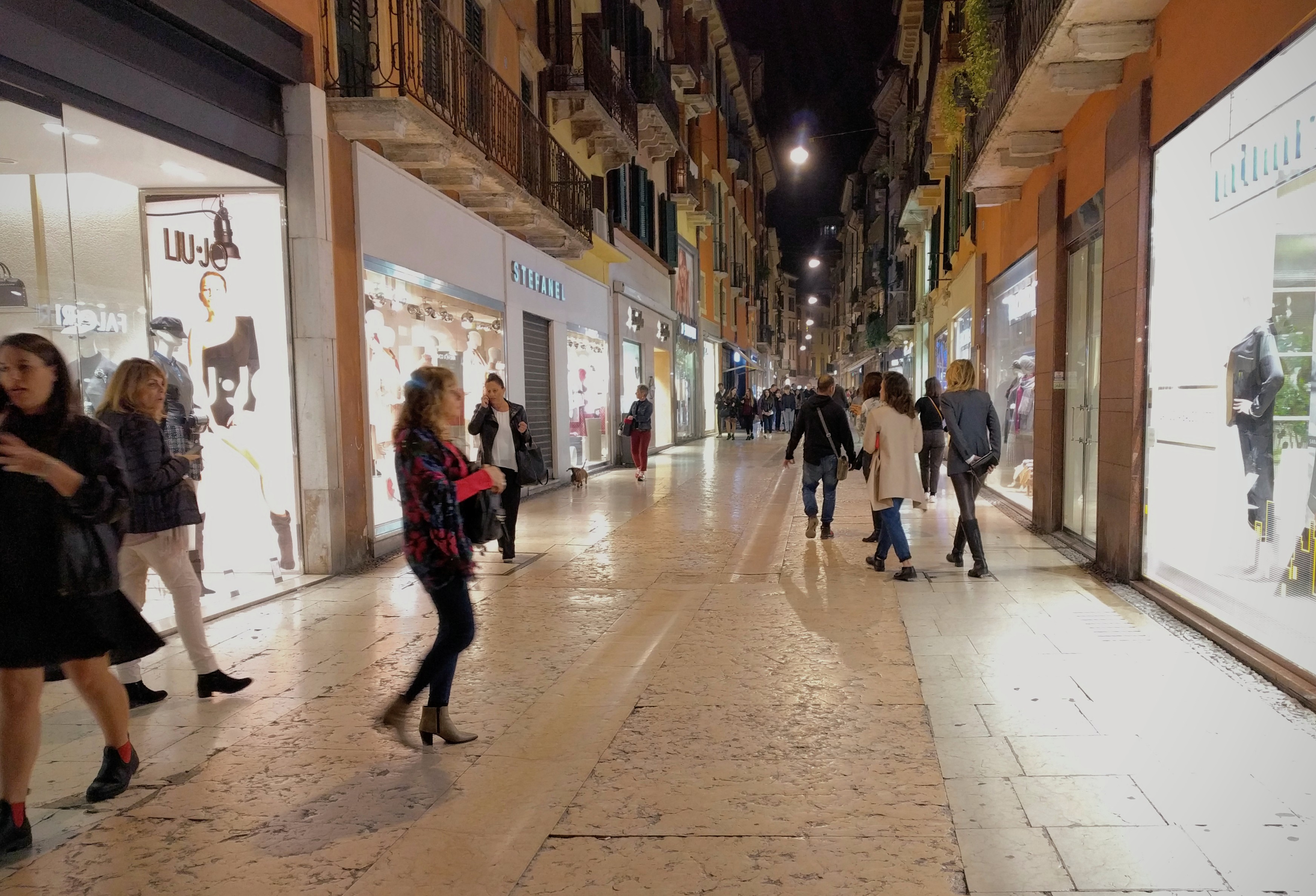 Verona sidewalks are paved in their gorgeous red Limestone

I saw another fascinating phenomenon of natural stone while in Italy. There were many cases where the softer stones—marble and limestone for example—were naturally dulled by the environment, or naturally polished by humans’ touch, sometimes on the same piece of stone! The word ‘patina’ was never so accurate describing what happens when marble ages and is exposed to environmental influences. Some stone is somewhat sensitive—polished marble especially—based on its’ hardness and how it was formed inside the earth.  Acid rain and other factors can dull a polished surface, while abrasion from human beings touching or sitting on marble builds up a shine.

This is another example of a marble column being dull on top but shiny on the bottom from hundreds ofyears of hands touching the stone and creating a natural patina.

I took a couple photos of this phenomenon: one is a marble column in a church which takes on a shiny patina where people have touched it, and the second is a marble griffin outside a cathedral which at first glance looks weathered and dull, but looking more closely you can see his back is polished to a shine from hundreds of years’ worth of little kids riding on his feathered mane! Knowing what causes weathering, etching, and staining of your stone is part and parcel to refurbishing it. Sungloss has partnered with the Marble Institute of America, as well as built up decades of combined experience to understand how to create a smooth, clean finish on many different types of natural stone, whether it is honing stone to create a velvety luster, or shining up dull marble to give it the highest gloss possible.

The stone Griffin shows a very weathered face but his back is shiny due to hundreds of years’ worth ofkids riding his mane!

As you can see, my enjoyment of natural stone hasn’t waned since my days working with Sungloss customers as an account rep. Travelling to Italy is a natural stone lover’s dream and I thought Mike and the folks at Sungloss would be just as interested in my travelogue musings on marble and limestone. 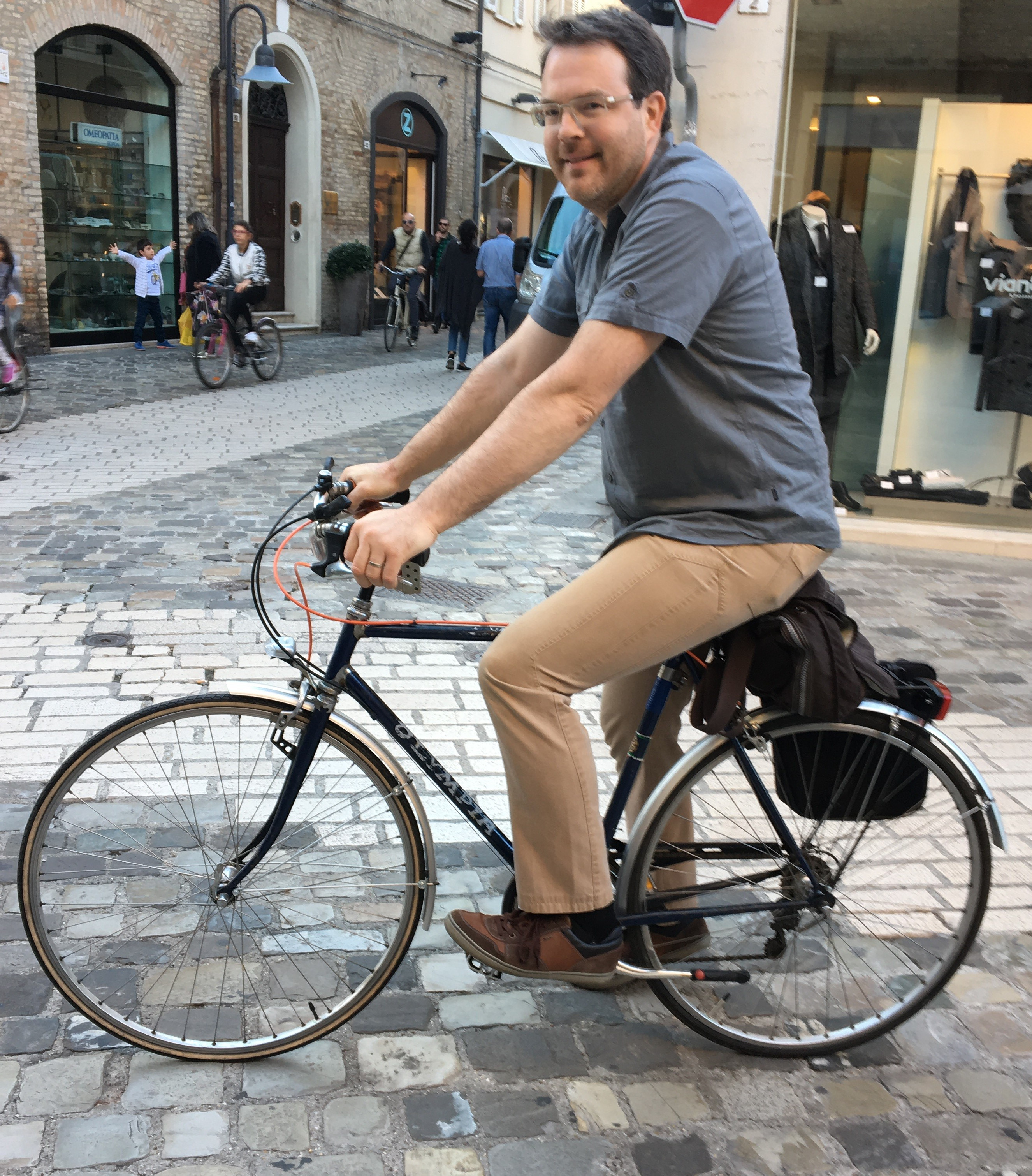